How the community created the CompoLoo

Read the story in the Portland Press Herald
or read this Lewiston Sun article: 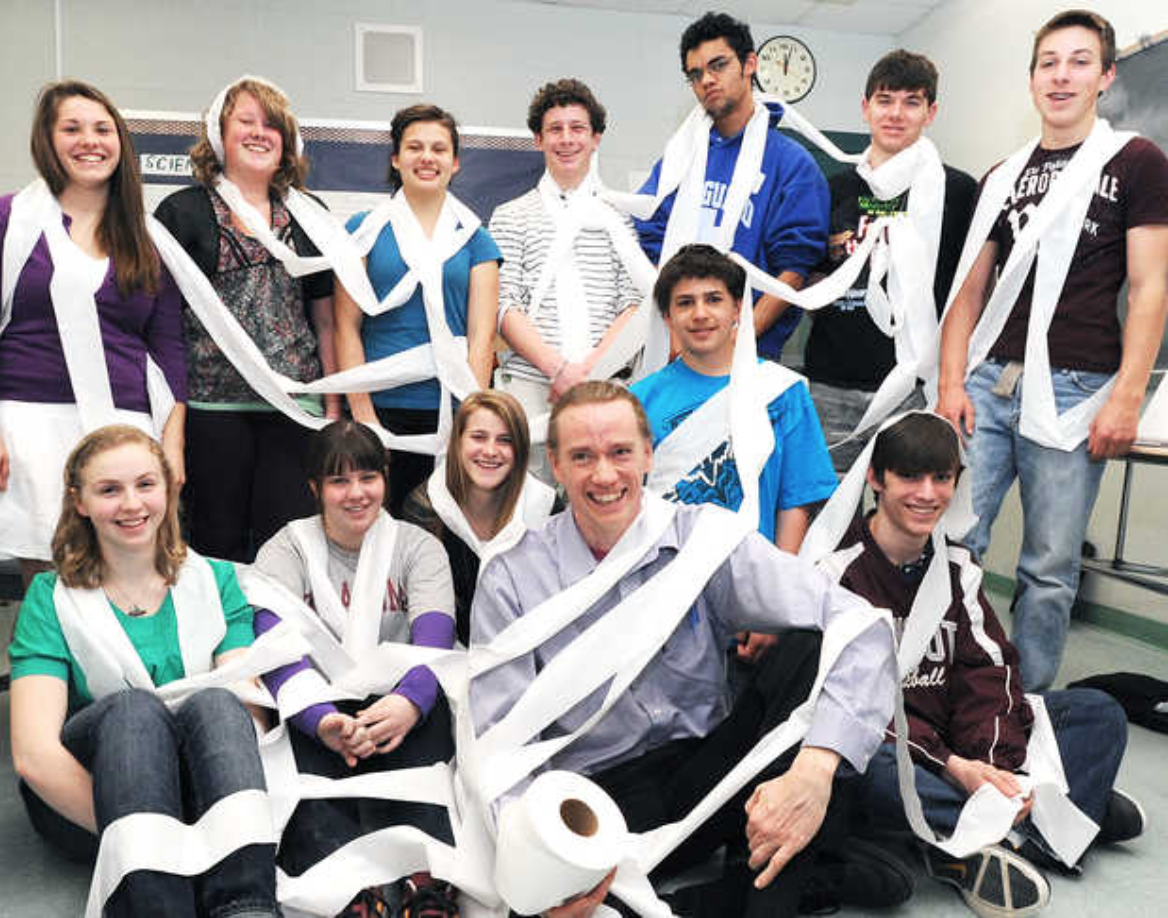 MONMOUTH — They met once a week for 40 minutes before the start of school, constructed virtual 3-D models, researched code specs and bodily functions, developed PowerPoint presentations and finished with a pitch in front of teachers, parents and judges.

The final look of the new Big Island outhouse, based on the winning design by team Waste Watchers, drawn by designer Joseph McPhee. Sixteen Monmouth Academy students took part in an Outhouse Design Competition this spring, for school credit. This Outhouse Design Competition was not taken lightly. Well, maybe it did have a few moments. "We had crazy ideas, but they were all jokes," Monmouth Academy sophomore Dylan Thombs said. "A lot of catapulting ideas... " sophomore Kerstin Schkrioba said. Her team name? Shack of Doom.

Sixteen students took up Kent Ackley's loo challenge over the winter. Ackley, a Monmouth Academy graduate from the Class of 1985, owns Big Island, a wooded 14-acre spot in Annabessacook Lake, one half-mile offshore. He wants to see it turned into a learning laboratory, a place for students to practice environmental stewardship, renewable energy and sustainable living. He created the nonprofit One Big Sustainable Island toward that goal.

Someday, up to 100 people might visit at a time. First, it needs infrastructure.

Big Island had a bucket for a bathroom. An upgrade was in order. Ackley said it made sense for an island that's going to be for kids to have kids be part of the planning. "It's not every day that somebody comes to you, 'Yeah, I want to run an Outhouse Design Competition,'" Ackley said. But, the school was receptive. "Anyway you can get kids interested about learning," he said.

Students spent the first few weeks designing the competition so it could count as course credit. Next, they split into teams: Shack of Doom, Party Privy, Swag Privy and Waste Watchers.

"At first I thought it was gross, I'm not going to lie," sophomore Margaret Cummings said. Students said they were surprised to find out how involved the project was. The outhouse couldn't be too close to water. It had to be Americans with Disabilities Act-compliant. It couldn't disturb too much soil. It had to fit in with the look of the island, be clean, convenient and usable year-round.

Final designs included a hole in the ground, a composting toilet and a unit with a waste tank that had to be hauled off the island. "We got one team, they got a little behind; fortunately, they were politically clever," Ackley said. The team found an Oregon man who sold outhouse designs online. "He gives it to them for free. They asked if that was OK. Well, we didn't have any rules against it."

The winner: Waste Watchers, an all-freshman squad. After tweaks, final plans call for a pair of two-seaters to be built on opposite sides of the island with a bucket to collect solids and to be emptied into a composting bin filled with sawdust and leaves. Liquids will flow down a pipe, then trickle into the rock bed.

Construction starts at the school next month. Winning team members will get their names on the side of the outhouse. For their efforts, Ackley handed out first and second prizes, now in the school library: antique chamber pots filled with flowers. "We thought it was fitting to do a No. 1 and a No. 2," he said.

Weird, Wicked Weird is a monthly feature on the strange, unexplained and intriguing in Maine. Send photos, ideas and funky loos to kskelton @ sunjournal.com